Gov. Phil Scott highlighted the education and the economy in his 32-minute state address, Thursday,  Jan. 10.

Coming off a contentious year, where the session extended a month while Legislators debated a tax increase, and in the midst of a national government shutdown, Scott talked about the importance of politicians working together.

“We must look for common ground instead of highlighting or exploiting our differences…And if we can, our work, our actions and our results will inspire a renewed faith in government and give hope to every community,” he said.

Scott highlighted the economy and the impact the declining workforce has had on small towns. The labor force has declined by about 15,000 since 2009, he said.

“Even if you believe Vermont is perfect, it’s clear we aren’t doing enough to persuade people to move and stay here,” Scott said.

The labor force has declined 12 percent in Windsor County and 14 percent in Rutland County since 2009.  At the same time, Vermont is educating about 30,000 fewer K-12 students students than it was 1997.

Addison, Rutland and Windsor Counties lost about a quarter of their students in 14 years.

Scott has yet to propose his budget, but he highlighted some of the anticipated expenses.

He said the budget will “transform our education system” to make it the best in the country.

His budget will also include broadband expansion, clean water and an update to Act 250.

“I’ll propose reforms to modernize Act 250 in a way that expands growth in our struggling downtowns while continuing to protect the environment,” Scott said.

Scott is expected to make his budget remarks later this month.

“The debt we owe today is over $4 billion and the annual payment to catch up continues to grow by tens of millions each year,” Scott said.

Scott launched his remote-worker grant program Jan. 1, 2019 to address some of the economic concerns.

Nate Formalarie, a spokesperson for the Agency of Commerce and Community Development, said a handful of applications have been submitted since applications opened two weeks ago. His office is vetting applicants for eligibility.  Applicants need to show proof of residency. They need a note from their employer and a W-4 form.

The program has been controversial among Vermont residents.

“I know there’s a lot of us here who don’t like it saying, ‘Hey what about us living here?’”  said Sen. Brian Collamore, R-Rutland. “We need to focus on making Vermont more affordable.”

Collamore said this session will be different from previous sessions.

“The majority has turned into a super majority,” he said, referencing the 2018 election, when Democrats picked up even more seats in the House and Senate.

Sen. Cheryl Hooker, who is returning to the Legislature after 16 years, is one of the new faces, replacing Republican David Soucy.

“He certainly has a point about the demographics,” said Hooker.

Committee assignments were also made. 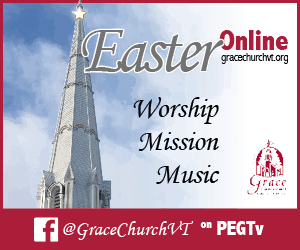